Tagging (and street art), you see it everywhere, even online with social media #hashtags.

Some of it is very clever, some is just vandalism. I enjoy great street art, especially in the small out-of-the-way places or the subversive.

But what makes it good or bad?

What are your thoughts?

Who said it’s wrong or right?

There is so much debate about privacy and security especially in New Zealand with the highly controversial Government Communications Security Bureau getting the ability to spy on New Zealand citizens in our own country. It is absolutely right to be concerned about it. The “nothing to hide , nothing to fear” argument is flawed at best. Privacy is a right that needs to be protected.

An important questions is this…

Who determines what is right or wrong?

Yes there are bad people in the world, yes there are criminal elements that want to harm and destroy others for personal gain. There are misguided groups and ideologies that are also set on the destruction of others. Not many would disagree that these need to be stopped. We may not want outlawed gang members to be able to freely associate together, but what about far right (or left) extremists or religious fanatics?

I have seen this in practice in some churches, it is not healthy or desirable. I would go as far in saying that if you see a religious or church leader/pastor behaving like this, leave that organisation or at least investigate the true motivations of such a person.

I am a man of faith, but I have an issue with “god told me to” or “god has told YOU to…” statements. I think they’re dangerous and an excuse to do your own thing regardless of how irrational it is.

A friend once said “God has given you a brain so use it”, I agree with this statement. We have all been given the ability to freely think through things and come up with rational or logical decisions. Whether we choose to do that is a another question.

Do I believe that God is concerned with our daily lives? Yes.

Can God interact with us? Yes

Have we been given the ability to think and make decisions for ourselves? Yes.

Should we have to give up/surrender free will or logic or critical thinking just because someone tells you (or you tell yourself) “god says so”? NO.

It was not that long ago when people who said they heard the voice of god were institutionalised.

Recently, someone made a great statement “blind faith equals stupidity” and I agree entirely.

It is a dangerous situation when people in positions of authority make absolute statements like “God said…” and that people will follow blindly without thinking for themselves.

Being a person of faith does not mean that you should become someone who cannot think for yourself.

Questioning is not wrong – but some will be threatened by it.

Doubt can be a good thing – it can lead you on a journey of discovery.

Thinking is to be encouraged – it will help you grow in understanding.

If you disagree with something, investigate it, hunt for the truth (whatever that is). Don’t just take someone else’s interpretation, misunderstanding or manipulative personal agenda as truth absolute.

Faith is a choice, make your choice an investigated one.

Beware of leaders who tell you what to think. Think for yourself, if they are threatened by that, good.

One of the problems of society as I see it today is that we spend far too much time trying, and succeeding, to not think. We have been spoon fed doctrine, ideologies and propaganda without taking time out to analyse what we are being fed. It is far to easy to go along with the masses with the assumption that everyone else is doing it/thinking it so it must be right.

To think for yourself carries its risks. Your independent thought might just upset the people around you, it might upset those who manage the status quo and those in authority.

A true leader will always encourage free thought amongst their team.

One of the keys to successfully solving problems, fixing that which is broken or bringing about longstanding change is to simply allow yourself to think freely, independently and then collaboratively with other such free thinkers.

I dare you to have an opinion, don’t just mouth off over some minor irritation, investigate the issues, ask questions – expect and demand answers, be prepared to be wrong and to back down, but you must have your opportunity to think. The problem often is not what you think, it is whether you actually do think.

Never be made to feel inferior because you have your own thoughts on an issue. You do not have to just believe everything that so-called leaders teach you. Learn to question do not be put off or intimidated. People may not like the question, those in authority may especially be threatened because you question them, or seek clarification on points that you do not understand.

The older I get the less afraid I become, and I find myself questioning the very core of my faith systems. What I find out is that there is so much I don’t understand and that I don’t have all the answers (and neither does anyone else), I do not have all the wisdom and I especially do not have any right to judge others.

The older I get the more issues become grey, and so does my hair.

The black and white taught thinking patterns I had when I was young have changed because I realise so much is beyond my limited understanding of the universe. As such I will not blindly follow any doctrine, belief, ideology or mass hysteria. I will question, I will not be satisfied with the status quo, I will think for myself and if others do not like that, tough.

I will not tell you how or what to think but I will encourage you to think. We may not agree on many or any issues and that is good as long as we respect each other for having the ability to think freely. May be one day we can dialogue and collaborate on an issue and bring about great and positive change. In the meantime think for yourself. 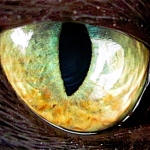 It is one thing to deal with people outside an organisation making comments or criticisms, but what happens when staff within an organisation starts to share their personal opinions and views online?

Where is the boundary of personal freedom (including freedom of speech) and control of a staff member’s ability to express an opinion publicly?

Some issues can be addressed with clauses within employment agreements regarding confidentiality of information and clauses that mention bringing the organisation into disrepute. There is no difference between offline and online activities in regards to this.

For the person who is using these forums it is good to remember a few basic rules about social media:

• Online, treat everything as public regardless of personal privacy settings

• People, including the media, employers and staff, are watching your personal accounts

• It is recommended to think twice before you post anything online, for example those comments and photos of that party last night may not be the best thing for your employer (or employee) to see.

Remember that it works both ways, you may check up on staff but they may be checking up on you.

Now what happens when staff members who have personal social media accounts become known publicly as being part of the business? The line between personal and business becomes blurred. If a staff member expresses an opinion or discusses personal values, beliefs or ideologies or even details about their routine or daily lives, does it reflect on the business? Can an employer insist that staff stop using social media or control/restrict what is said?

There are other questions in this area as well.

• Should an employer be searching a staff member’s account?

• Is it appropriate for an employer to “follow” or “friend” a staff member?

• Should you ignore/decline/block staff members (or your boss’s) friend request?

The question is where are the boundaries? Should it be left to chance or common sense or does it need to be controlled by policy or legislation?

Social media is here, to try to stop it is futile, to control it is problematic, so the other option is to become aware of how it works and educate yourself and others as to the appropriate use of this media.

Social Media the Next Stage